Register as a client

Meet Max – he is an 8 year old cob who presented to us for an abscess on his face, just below his left eye. This had appeared relatively suddenly with no obvious trauma. The abscess was initially treated with antibiotics, flushing and hot packing. When minimal improvement was seen an ultrasound scan of the area was recommended. We were looking for an underlying cause to explain why the abscess was not healing – such as a foreign body or a bone fragment.
On the scan we were able to see a bright white dot with an area of shadowing underneath. This indicated a foreign body. The ultrasound waves could not pass beyond the foreign body, and so caused a shadow beneath it.
The next task was to remove the foreign body which proved to be a challenge! A surgical incision was made over the lump and the ultrasound scanner was used to visualize the foreign body. A needle was inserted through the incision until its tip touched the foreign body. Forceps were then used to grab the foreign body and move it towards the skin surface. The head is a tricky area to operate on as there are many important structures such as the facial nerves and vessels. Precision was key. The bony contours of the head also made it difficult to see the foreign body as it was moved upwards as ultrasound cannot pass through bone.
Eventually the foreign body was removed and discovered to be a large blackthorn. Blackthorn injuries are commonly seen in hunting horses when they jump, brushing through the tops of blackthorn hedges. Thorns commonly end up on the front of the legs and, if the horse is unlucky, in a joint or tendon sheath.
How Max managed to get one in his face we will never know! Max is receiving some more antibiotics after his surgery and should soon make a full recovery. Congratulations to Alastair Field – eVet Drug Vet Of The Year

Congratulations Alastair, this is a huge achieveme... Read More

Condition of the Month Laminitis

It will be of no surprise to many that come the su... Read More 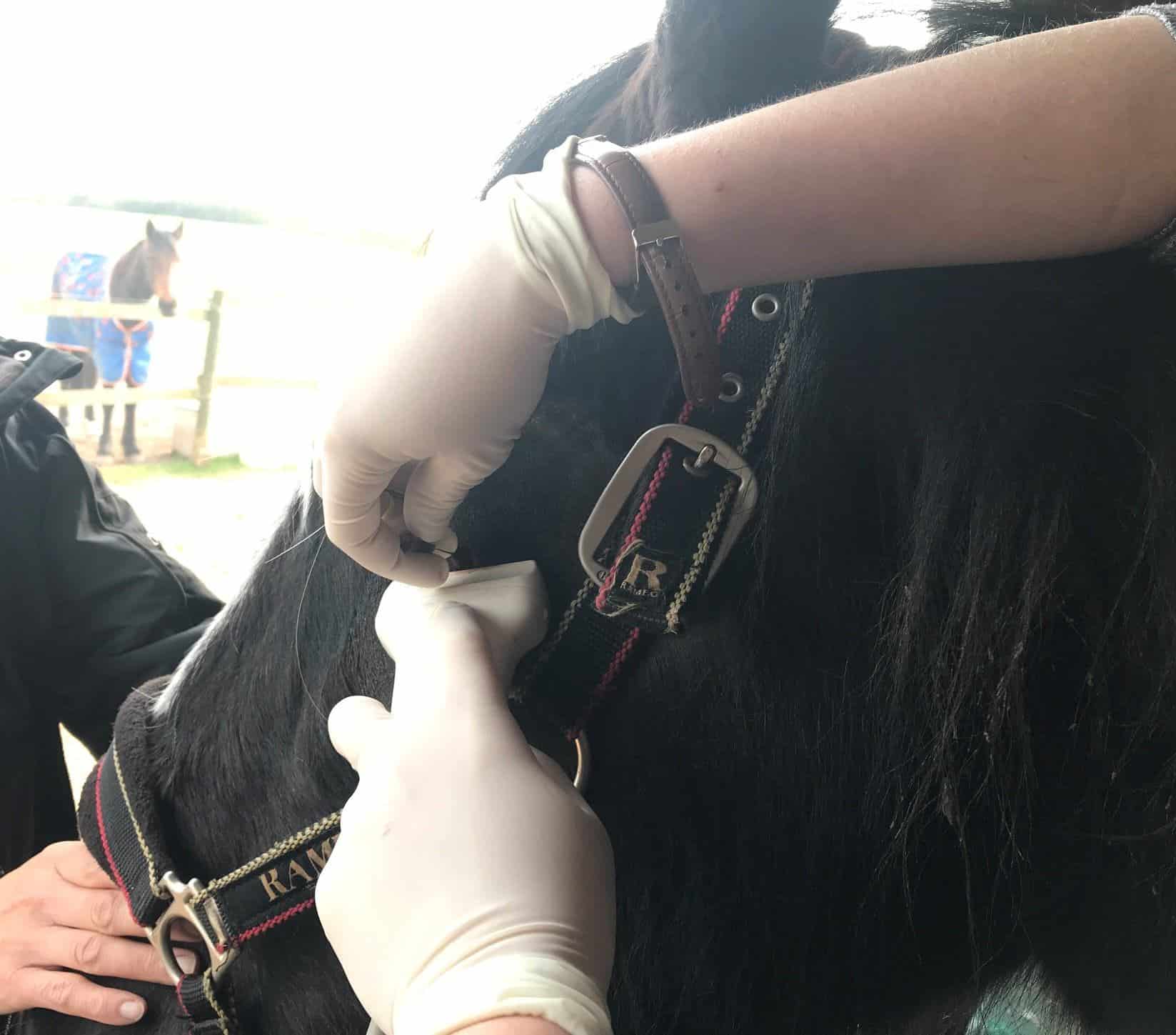